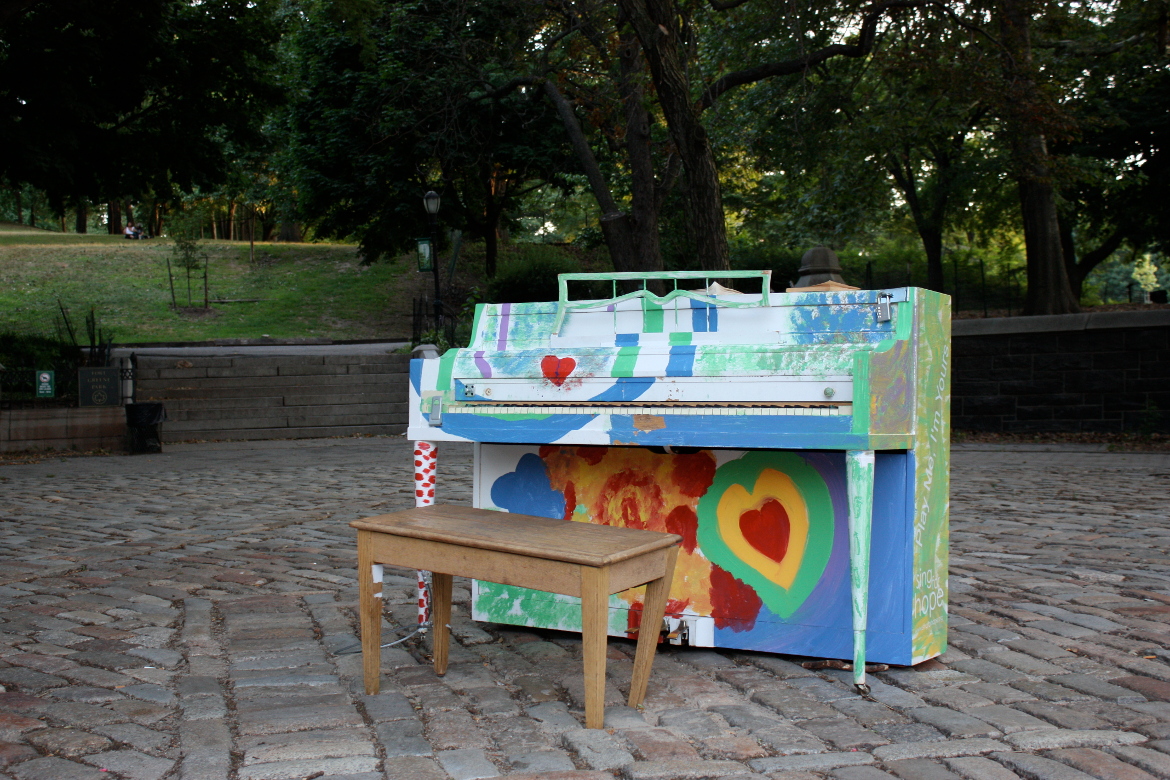 If you walk through an average city today, you might see that a growing number of streets and parks have become home to community pianos. They aren’t there by accident. Like the street pianos in NY, cities that adopt street pianos provide purpose, hope, and entertainment. Street pianos change the way people experience their communities. Because of their typically bold paint jobs, the pianos are pieces of art. Due to the fact that they are often accessible to the homeless, they can help bring out the hidden talents of those typically cast out.

When struggling cities are desperate to come alive, street pianos can bring a community together.

In addition to providing hope, street pianos are a cheap form of entertainment. Cities have long looked for ways to attract people to parks and urban areas. These cities are looking to provide value and can also attract shoppers to local stores. That’s why when people travel to Denver, they see colorfully painted pianos painted by people with immense skill. It’s why the streets of New York are filled with instruments that people can pick up and play. Street pianos breathe life into a city, giving it a personality it might not have had before.

Today’s cities are doing everything they can to come alive. Street pianos are an excellent addition to any type of outdoor space because of the many purposes they serve. There’s no question that they give hope to the homeless while opening the hearts and minds of average citizens. They are also a cost-effective way to give a city a new-found sense of personality. But best of all, they bring people together — a much-needed service in a society that has become increasingly divided.

If you have never had the pleasure of seeing a presumably average person sit down at a street piano and make everyone’s jaws drop, we can change that. Below is a video of a man named Michael Anthony McNamara whose cover of A Great Big World’s “Say Something” first went viral in 2014. Though two years old, the performance is no less powerful. Katriona Dean designed and painted the piano for the “Keys to our Town” art initiative in Cobourg, Ontario.