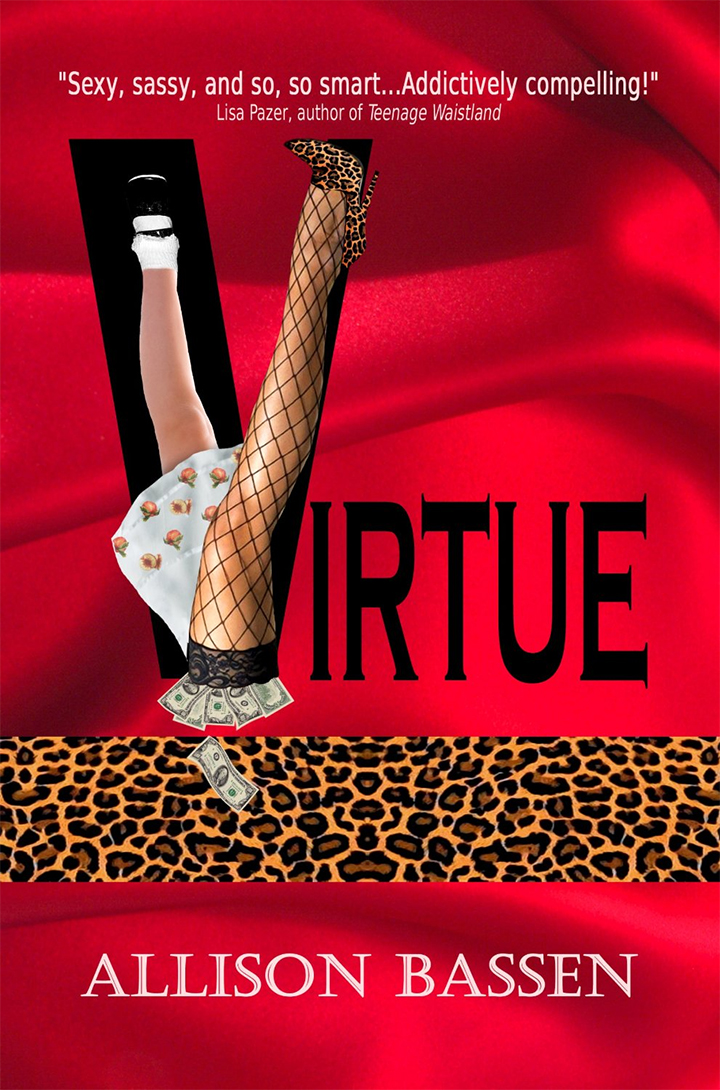 This review contains major spoilers. While I generally try to write thorough and honest reviews of books without giving away integral parts of the story, this was an impossible feat to achieve with Allison Bassen’s “Virtue.” Please forgive me.

Susan had always done what she was supposed to do. Born to a wealthy family in Atlanta, Georgia, she was the picture of privileged southern belle perfection. She grew up attending charm school, private schools, debutante balls, and carried herself guided by a set of rules and manners that Emily Post could be proud of. When she began dating, following the lengthy list of courtship fundamentals taught to her over the years was a must — never make the first move, smile slightly at a boy to show your interest, flirt subtly and only after a boy has shown interest in you, and when it came to physical contact, nothing below the neck.

The guidelines she followed in her young life proved effective when she agreed to go on a blind date and landed a college boyfriend. Jeff was cut from the same southern socialite cloth in Richmond, Virginia. He had an automatic career in high finance, following in the path of his late-father, and was attentive, sincere, playful, a sweet talker, and charmed Susan right off her feet through their courtship and to the altar. Soon after, everything Susan thought she knew about Jeff, and about herself, would change.

I read the first 172 pages of “Virtue” in one sitting. I brought it to bed with me one night thinking I would read a few chapters and start to drift off to sleep. Instead, I was awake for hours devouring more than half of the book, eager to find out what would happen next. I read as Susan lost her virginity to Jeff, awaking a deep, previously untapped well of insatiable sexual desire; as she began her married life in a new house Jeff had picked out and bought for them; as she was thrust into the role of dutiful socialite wife; as she was forced to give up on her personal aspirations of being a journalist to preserve the social perception of herself and Jeff as the perfect married couple; as she was kept in the dark about their worth and given only an allowance; as she began to be undermined and berated by her husband for any reason he saw fit; as Jeff became an emotionally and physically abusive alcoholic; as Susan hired a private investigator after suspecting Jeff of cheating on her with another woman; as she found out the truth about what Jeff had been hiding from everyone all along.

Through her private investigator, Susan found out that Jeff had indeed been cheating on her, but not with another woman. Throughout their marriage, he had been picking up men at bars after work and bringing them back to his family’s old cabin in the woods, and then not returning home to Susan until well into the night, blaming his hectic work schedule and things she could not possibly understand as the reason for his lateness. Armed with information and tapes from hidden cameras that were placed in the cabin previous to his latest rendezvous as proof of his deception, she confronted Jeff with a request for divorce and pleas of terminating the prenuptial agreement he had tricked her into signing before they were married that would leave her penniless. As Susan reached the end of her rope with Jeff, I had begun to reach the end of mine with “Virtue.”

From the moment we learn of Jeff’s sexuality, I didn’t stop wondering — not once from that moment until I finished the book — why he was written to be gay. If he had simply been a terrible, abusive husband who was straight, the story would have eventually come to the same conclusion. Jeff being gay gave Susan ammunition she needed to attempt to blackmail him into giving her a proper divorce, but that plan didn’t work out as Susan had hoped anyway. If Jeff had been caught on tape cheating on Susan with another woman, that would have still been ample motive for blackmail, adultery being acceptable grounds for divorce regardless of the gender of the person he happened to be cheating with.

I understand that maybe the intent of blackmailing Jeff with videos and pictures of him being caught with another man would have shattered his reputation as a high roller in the finance industry more than if he were caught with another woman. Every move he made from college to marriage to the type of house he lived in and how it was decorated was carefully chosen due to the fact that he had a fragile reputation to uphold, hence his insistence on being married to a prim and proper southern belle who looked and acted the part of dutiful, perfect wife. But destroying his professional and personal reputation at an even larger, more catastrophic level, wouldn’t have been the biggest motivator for Susan, an abused woman desperate to get away from her raging alcoholic husband.

The concept of an abusive husband living a secret, gay life on the down low is a grossly overdone cliche that turns gay men into predators. This hostility is even further drawn out in several instances throughout the book. On two separate occasions when Susan is confronting Jeff about his secret life and who he really is while attempting to separate herself from him, she calls him a faggot in an attempt to shame and demean him the way he had done to her by calling her a whore or telling her that she had dressed like a slut. Heated arguments where people are hurt and deceived are bound to include language someone isn’t necessarily proud of after the fact, but I found further, profound misunderstanding of gay men on display when Susan’s private investigator speaks to her about what he found on the tapes recorded in Jeff’s family’s cabin. Giving in to her curiosity and letting it win over her already fractured emotions, she asks for the details of his findings and he relays that Jeff “is the girl in the relationship” and is the “bitch” to his suitors. Feminizing a man who receives anal sex is unnecessary and highly problematic. I found it offensive, and these specific exchanges were the reason why I only managed to get through the first 172 pages in my first sitting. I could have easily kept reading if I didn’t get to the point of routinely wanting to yell at the way a gay predator character was written. If the fact that Jeff’s sexuality wasn’t an integral part of the way this story was written, I could have tried harder to gloss over most of what I found disheartening and maddening, but because it was so important to the foundation of this story, it became all that more important to me to see it done right, and it just wasn’t.

Writing about difficult, stigmatized, and uncomfortable aspects of the human experience is not something that I think should be avoided, but when done, it must be approached from a place of caution and understanding; I found neither of these in “Virtue.” Bassen attempts to redeem Susan for her perceived homophobia when calling Jeff out for being gay and deceiving her in a sham marriage by giving her a flamboyantly gay editor at Bon Appetite magazine. She states that it is through this business relationship that she realized she has no problem with gay men, wasn’t homophobic, but simply has a problem with people leading false lives. But this isn’t true because Susan does succeed in breaking free from Jeff; not in the way she would have ideally wished for it to happen, but in a way that she can exist as a form of herself away from him. Susan, with the help of her private investigator, finds a way out of her world of marriage hell and is able to start a new life for herself, with a new hair color, a new name, and a new career — a career that is based on people leading false lives, but in a way that she benefits from. As far as Susan’s Bon Appetite editor, I would venture to guess that she simply found feminine gay men more approachable and comfortable than those who were not; those who were blending in with the straight people.

Even with all of the things I found wrong with “Virtue,” I can’t say it’s a totally bad book, because it’s not. I gave it 3 out of 5 stars on Goodreads, and the reason for that is because Allison Bassen can write a damn good mystery and has a way with writing sex that is commendable. I was highly entertained throughout more than half of this book, compelled to keep reading, and genuinely interested as to where Susan would ultimately end up. I had to learn to forgive Susan for being a naive and flawed being just as quickly as Bassen did writing her.

“Virtue” is available on Smashwords, Amazon, and Barnes & Noble.

I received a copy of “Virtue” by Allison Bassen for review. No other incentive was provided and opinions are my own.