This post was written as part of a sponsored campaign in participation with One2One Network. All opinions (and cat anecdotes) are my own.

Me and my fiance are the proud pet parents (yes, I’m one of those people) to five delightfully quirky cats. Having a five-cat household was not something we planned or set out to do. Rather, our feline family came together in the same way great authors have described going bankrupt, the throws of depression, and falling in love — slowly, and then all at once.

We adopted our oldest cat, Devin, 9 years ago, just months after my fiance and I moved in together. She was nearing adulthood, her chances of finding a loving forever home slim, and she was mine from the moment I first saw her sitting in a cage by herself and she stuck her paw out at me as I walked by.

Devin can be cantankerous. She has always been the kind of cat that doesn’t want to be bothered unless she comes to you first, and she can go from being tolerant of your attention to lashing out with just a twitch of her tail. But there’s more to her than that, and we saw the true depth of her loving and compassionate nature when we agreed to take in a male kitten a friend of a friend had and could no longer take care of four years later.

We call Devin and Vincent the OG’s of our cat clan. Devin was our first, having been with us throughout the majority of our entire relationship, but we had fully intended on Vincent being the last. While I have always been an animal lover (me and animals have always gotten along easier and better than me and other people) and would gladly take on an animal sanctuary if I had the space and money for it, we agreed that two cats were enough for us, especially because at the time we were apartment living.

Then in the winter of 2012 we bought and moved into our own home. By the summer of 2013, we agreed to take in a kitten a friend of my aunt’s was trying to find a home for. A petite little girl who was the runt of her litter, Sylvia is truly unique. She is a polydactyl, meaning she has a harmless congenital physical abnormality that gives her more than the usual number of toes. She has eight toes on one of her front paws, seven on the other, and five on both of her back paws. She had me at polydactyl.

Just five months after Sylvia came into our lives, in the fall of 2013, we rescued two kittens who were born under the shed in our backyard. I named them Sid and Nancy, yes after the bass player of the Sex Pistols, Sid Vicious, and his tumultuous lover.

I think Sid and Nancy had always been meant to be ours. They were born in our backyard, they took over our entire outside property as their own, and they began sleeping on our back porch every night. They always knew they were already home, they were just waiting for us to realize it.

Slowly, and then all that once. That is how we became a five-cat household. 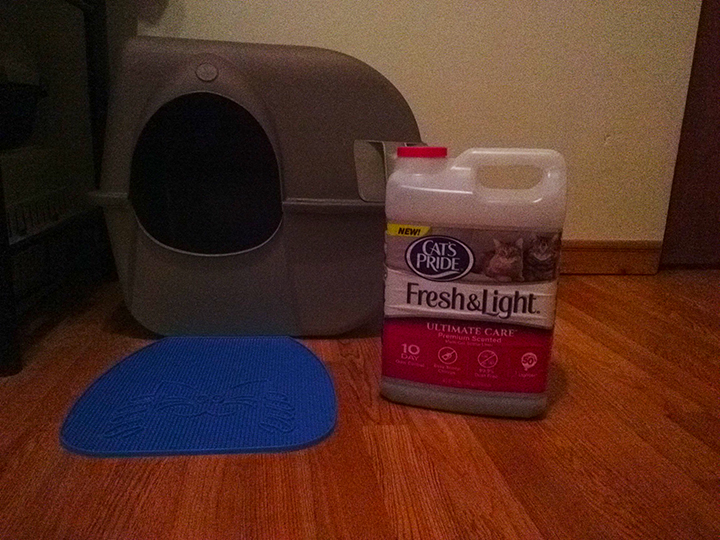 While cats bring a tremendous amount of love, joy, and hilarious antics into the lives of their owners, they can also be downright stinky. Yes, I am talking about the litter box.

We have three litter boxes around the house and as you might imagine, controlling litter box odor is no easy task. We have tried multiple different litters from various different brands, and while we have used the same litter for the past couple years, my main complaint has always been that it is so heavy, and doesn’t seem to last as long as I think it should.

For a five-cat household, we go through 40 pounds of cat litter about every two months. Have you ever carried a 40 pound box, or pushed a cart weighing in at over 40 pounds from one side of a warehouse store to the other? Frankly speaking, it sucks.

A couple of weeks ago, Cat’s Pride sent Devin, Vincent, Sylvia, Sid, and Nancy a box full of goodies.

The box arrived on Valentine’s Day, which I thought was appropriate, and included the cutest little white branded coat that exactly none of my cats were amused in being dressed in (but we sure had fun trying!), a new remote-controlled mouse toy, and 12 pounds of the new Cat’s Pride Fresh & Light Ultimate Care Litter. 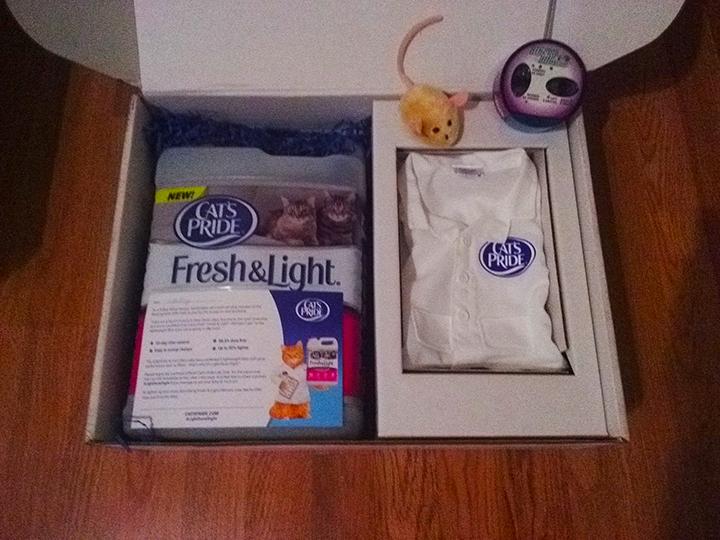 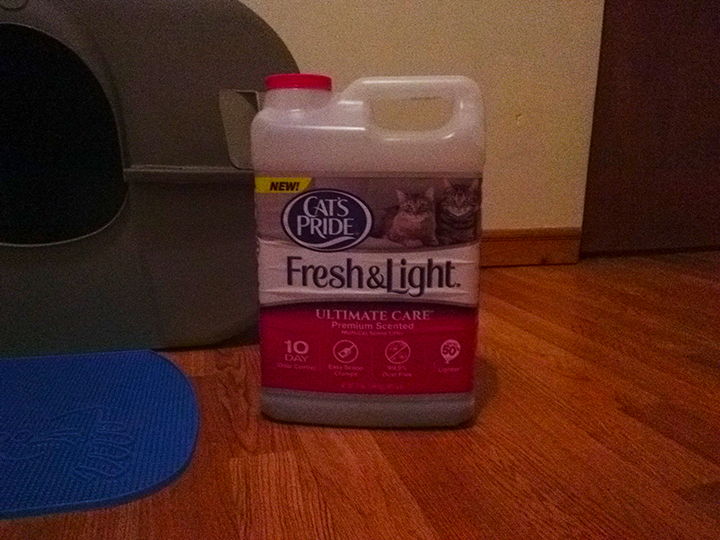 Cat’s Pride Fresh & Light Ultimate Care Litter is 50% lighter, making it much easier to carry from one end of a warehouse store to the next, and 99.9% dust free. This is a big deal, as the cloud that can develop over a litter box during and after you’ve filled it with new litter can be seriously irritating to the eyes and nose. Not having to combat dust has been a welcomed relief! 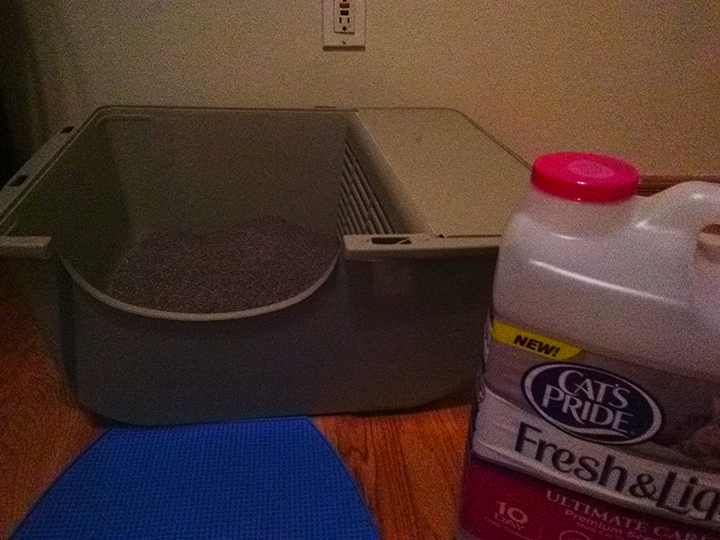 Formulated for multiple cat households, the Multi-Cat Scoop variety of this litter has really simplified the cat cleanup I do on a daily basis. The lightweight litter contains no fillers and forms into rock hard clumps that are easy to scoop. It is premium scented (though unscented varieties are available) with a pleasant fragrance that isn’t overpowering. It simply neutralizes litter box odor while filling the area with a fresh scent that doesn’t make it obvious that you’re trying to cover up any unwanted smells from three litter boxes.

The motto of Cat’s Pride Fresh & Light Ultimate Care Litter is “Light Done Right!” and after using it these past couple weeks, I couldn’t agree more.

New Cat’s Pride Fresh & Light Ultimate Care Litter is available in scented and non-scented varieties. Head on over to Cat’s Pride to check them out.

We have partnered with Cat’s Pride and One2One Network to give one lucky cat lady (or gentleman) a 12lb container of new Cat’s Pride Fresh & Light Ultimate Care Litter.