Many thoughts come to mind when you think of a life of crime, but amusing shouldn’t be one of them… until now. “Life of Crime” is based on crime novelist Elmore Leonard’s 1978 novel “The Switch” and is just the latest adaptation of his work to hit the big screen. Leonard’s novel “Rum Punch” was adapted by Quentin Tarantino for the 1997 film “Jackie Brown,” which “Life of Crime” is being widely thought of as the prequel of.

While both “Jackie Brown” and “Life of Crime” revolve around some of the same characters, Louis Gara and Ordell Robbie, it is important to go into “Life of Crime” knowing that it is not a prequel. This story is meant to stand on its own, and its solid cast helps it do exactly that. 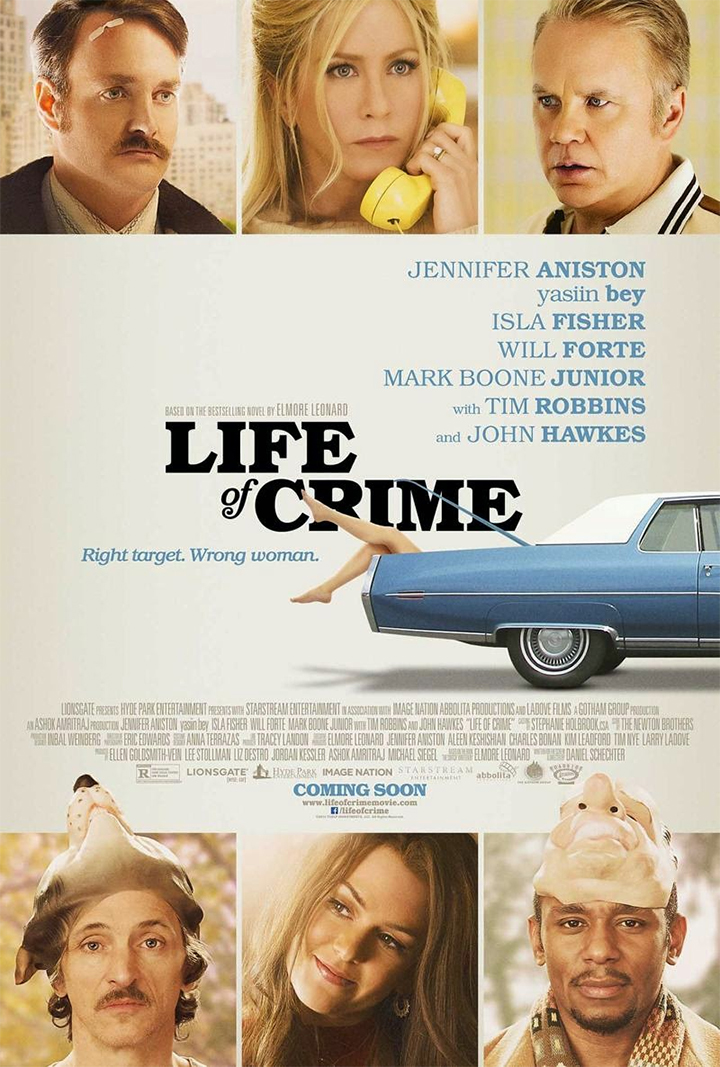 Mickey Dawson (Jennifer Aniston), the wife of crooked real estate developer Frank Dawson (Tim Robbins), is kidnapped by two common criminals (yasiin bey and Jon Hawkes), who intend to hold her for a $1 million random and extort her husband with inside information about his illegal business dealings. But Frank, who is holed up in the Bahamas with his mistress, decides he’d rather not get his wife back, setting off a sequence of double-crosses and plot twists that could only come from the mind of master storyteller Elmore Leonard.

“Life of Crime” is packed with outrageously eccentric characters and unexpected twists that earned Leonard a reputation as one of America’s sharpest and funniest crime writers.

“Life of Crime” was released in select theaters as well as on iTunes and on demand August 29. Check out the trailer below and read on for an awesome giveaway!

Love going to the movies? We’re giving one lucky reader a $15 Fandango gift card so you can head out to the theater for free, or at least with a significant discount.

This giveaway was made possible by PartnersHub. No incentive was provided and opinions are my own.