Ah, commercials, the menace of the television world. Most of the time, anyway. In my world, I record everything I know I want to see to my DVR and very rarely watch shows in real-time. Coming in about 20 minutes into a show pretty much guarantees you no actual commercial time. You’re welcome.

There are very few commercials that do manage to get a chuckle out of me, though. The Snickers “You’re Not You When You’re Hungry” commercials are one of them; they are hilarious.

To get the word out about the new “Godzilla” movie, out in theaters May 16, Snickers is giving viewers a look at the side of Godzilla he isn’t famous for — being a regular guy doing regular guy things. Check out the commercial below.

Who hasn’t felt like a rampaging menace at least once in their lives? Because let’s face it, You’re Not You When You’re Hungry! Even Godzilla is a regular, cool guy who can hang with his friends, just watch out for that sudden spell of hunger! Check it out in the new Snickers commercial! Only Snickers — and its delicious blend of chocolate, peanuts, caramel and nougat — can provide #MONSTERSATISFACTION and tame the savage beast. 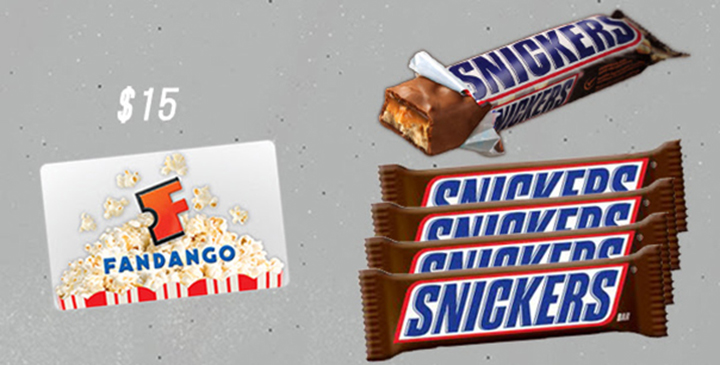 This giveaway is open to US entrants ages 18+ and will end March 19.

This giveaway was made possible by Snickers and PartnersHub. No incentive was provided and opinions are my own.