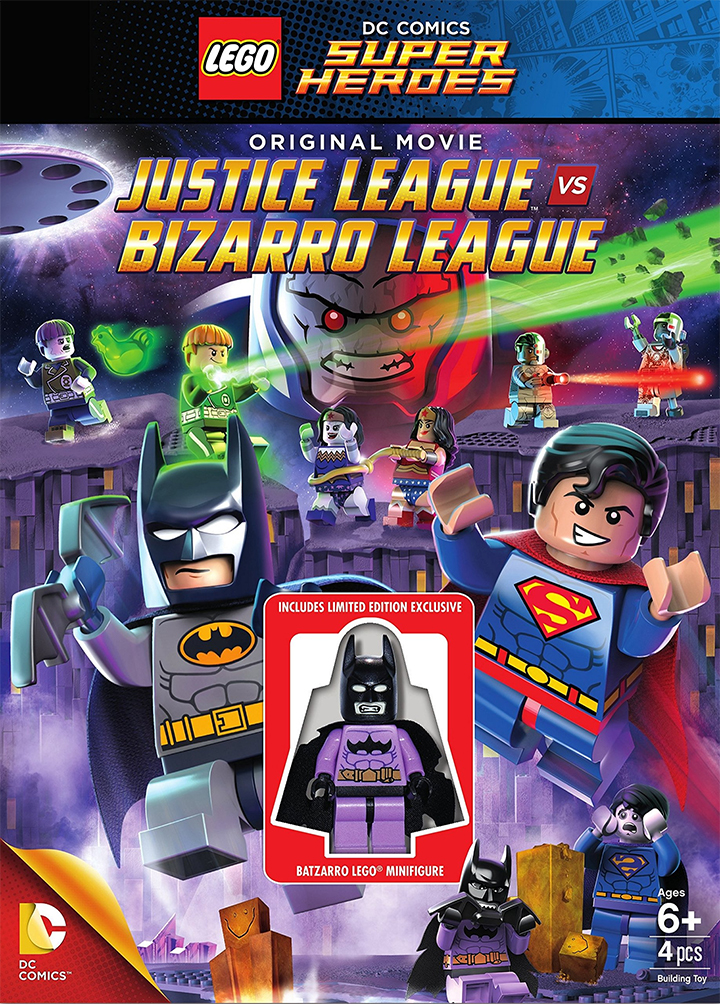 Calling all LEGO and DC superhero fans! What do you get when Batman plays watchdog over Superman, a well-meaning clone that causes mass confusion wherever he roams, and LEGO? The all-new “Justice League vs. Bizarro League” original movie from LEGO: DC Comics Super Heroes just released this month!

This new tale brings together the world’s best superheroes in a thrilling battle the whole family can enjoy. We’ve got the scoop on what you can expect to see in this movie, plus some fun extras we know you and your family are gonna love.

Batman has joined the newly-formed Justice League in order to keep tabs on Superman because of a mistrust that is complicated by Superman’s clumsy but well-meaning clone, Bizarro. Bizarro’s creation of the Bizarro League has caused confusion amongst the world’s greatest superheroes, but an even greater and mysterious threat may force the Justice League and Bizarro League to band together to defeat evil.

Find out who your Bizarro alter ego is in the blog app below. Just type your name into the Bizarro Name Generator and then hear your fun and hilarious Bizarro name. Mine is Holly-Wonder-Zarro-Borg. Try saying that five times fast!

You can also watch the “Justice League vs. Bizarro League” trailer and click the box art to bring home a copy of the movie on DVD and Blu-Ray today.

Meet the members of the Justice League with exclusive digital trading cards. Learn more about Superman, and then download the entire trading card park below.

LEGO: DC Comics Super Heroes: “Justice League vs. Bizarro League” is available now, and we are giving away one combo pack that includes DVD/Blu-Ray/Digital HD UltraViolet AND a Batzarro LEGO minifigure!

This giveaway was made possible by Warner Home Video and PartnersHub. This post may contain affiliate links. No other incentive was provided and opinions are my own.