Helena Johnson belts out R&B and soul music that makes your mind wander to dark, smoke-filled lounges brimming with the deepest secrets of its whispering regulars. Her voice, spellbinding and timeless, sounds as if it were blessed by Etta James and born center stage.

Originally from North Yorkshire and currently based in Liverpool, Helena Johnson truly lives and breathes her crafts as a student of Paul McCartney’s Liverpool Institute for the Performing Arts. Backed by an astounding 10-piece band, she creates and performs unique, beautifully-styled songs that are widely relateable while paying tribute to the origins of the genre she has successfully carved out a place for herself in. 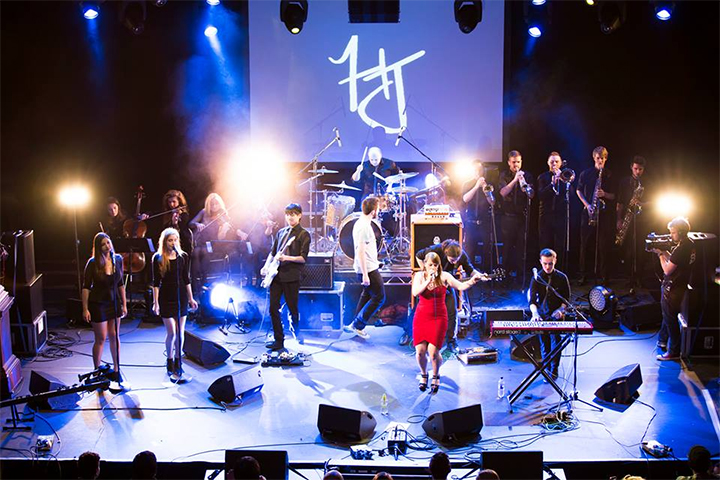 Back in March, Helena Johnson released the single “Take Me Home Tonight.” It is a song that catches you by surprise; starting off subtly sweet and building into a desperately pleading statement in the midst of a brilliantly paced orchestra. “Take Me Home Tonight” is as smooth as top shelf scotch that by the end leaves you wallowing in an empty glass.

Before “Take Me Home Tonight,” Helena Johnson released a few stray songs, strong but don’t feel quite finished. “I Fell in Love” is a biting ballad with such interesting vocal dynamics you won’t be able to help but listen to it again and again.

Additionally, she has a 3-song acoustic EP that I would love to hear with a full band. The song “Don’t Forget Me” has all the components of being a truly heartbreaking song in all the right ways, but the mix of the version uploaded to SoundCloud felt like the vocals and piano were fighting each other to be heard.

“Take Me Home Tonight” is by far the strongest of the handful songs Helena Johnson has released so far. This track, even just by itself, is more than enough to make us wonder what a full album would sound like, and eagerly anticipate its release.