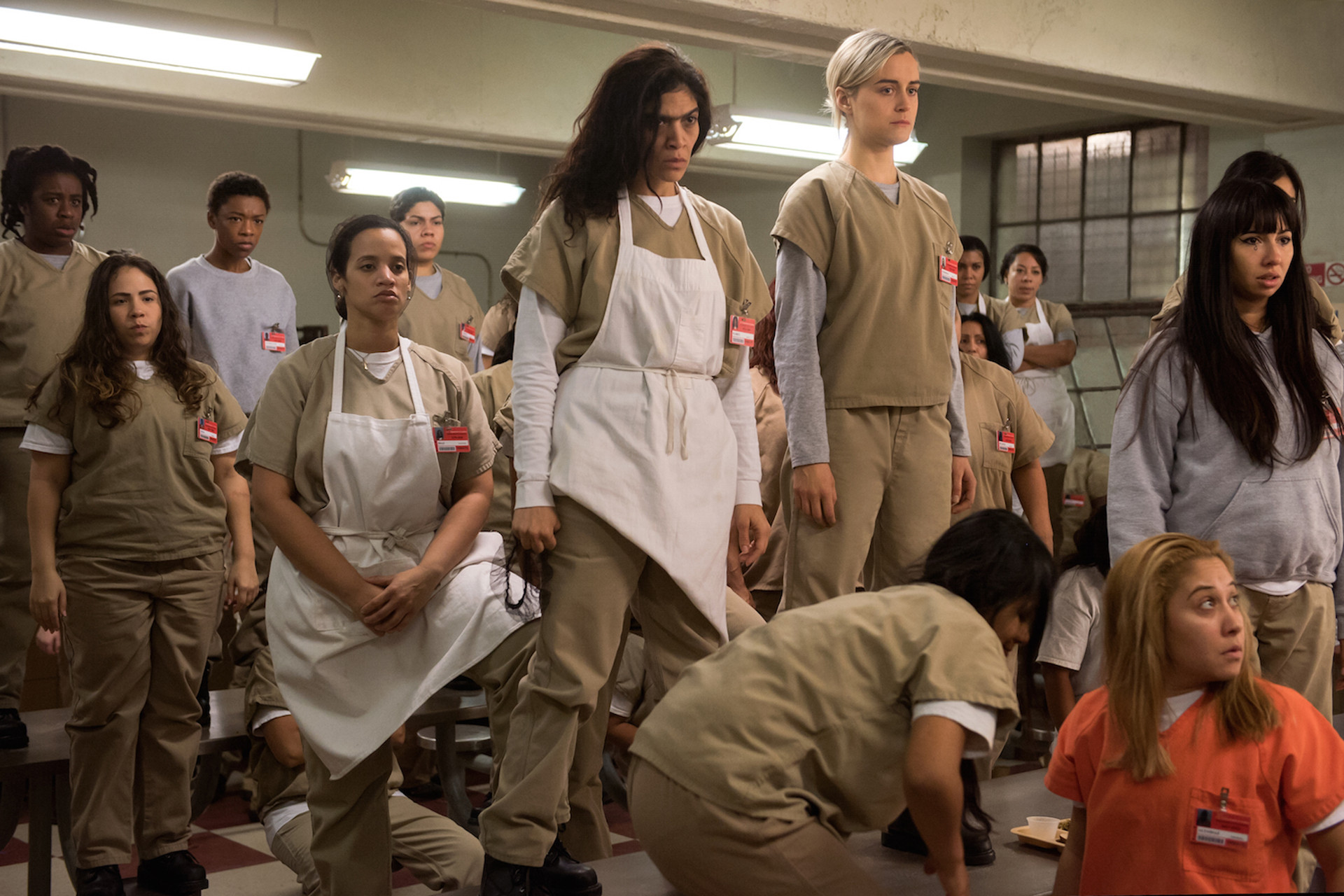 When we last saw the ladies of Litchfield Penitentiary, we were left with two starkly different scenarios unfolding and some very important questions. While most of the inmates were enjoying a little taste of freedom splashing around in a nearby lake after running through a hole in the prison’s fencing, some serious chaos was ensuing elsewhere.

The last time we saw Alex, she had been left alone in the greenhouse and was cornered by one of Kubra’s henchmen who had just gotten a job at Litchfield as a guard so that he could (presumably) track Alex down and kill her. This picture has given us some hope that maybe Alex survived her attack and isn’t bleeding out on the greenhouse floor to be found later.

The friendship that Pennsatucky and Big Boo have formed is one of the most unexpected friendships in Litchfield, but we kind of love them together.

Litchfield Gets Their Own Martha Stewart

Judy King, star of the fictional cooking TV series, Judy King at Home, is arrested for tax evasion and, last we saw, had arrived at Litchfield to self-surrender. It looks like she is settled in here and striking up a friendship with Poussey.

Red hasn’t won back control of the kitchen she once called her own… yet, anyway.

It looks like Taystee and Black Cindy are trying to keep Suzanne quiet about something. What kind of scheme could they have going on?

Is Suzanne just being her normal, paranoid self, or could this inspection have something to do with what might have been happening with her, Taystee, and Black Cindy?

The Inmates Take a Stand

Something seems to have universally ruffled the feathers of everyone enough for them to take a stand together as one.

Piper is in Trouble

Piper has obviously pissed off the wrong person and might be getting branded for it. What is even happening here?

10 thoughts on “Alex is Alive, Piper is in Trouble in ‘Orange Is the New Black’ Season 4 Promo Photos”