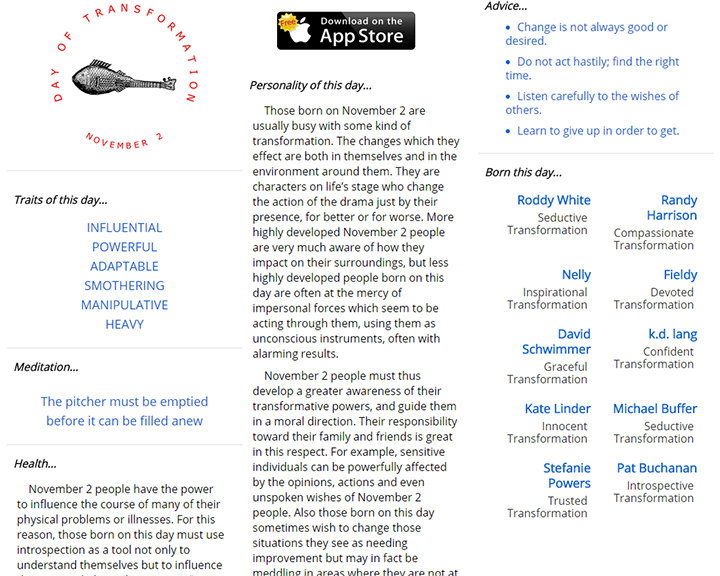 My family — my aunt and grandmother in particular — have a way of introducing me to people that I have always found really hilarious.

“This is Holly. She’s a writer. She is very opinionated. Don’t talk to her about politics or religion or we’ll be here all day.”

What a shining first impression, right? I think after that kind of forewarning that I have actually surprised people who have met me for the first time by being a real person, rather than a walking, talking political ad.

They aren’t wrong, though. I am a writer, and it is my fiercely-held belief system that afforded me the ability to take what I love to do and turn it into a career — at least at first. Before I began Woman Tribune, I was a political, feminist and human rights blogger; but that subject matter gets intense very quickly, and I, like many others in that field, suffered a severe case of social justice blogger burnout that I never recovered from.

As a writer, I could easily hold a doctorate in introspection. I know who I am and have even used my admitted not-so-great qualities as ample blog fodder. But it was through my several-year stint as a confessional-style feminist blogger that I was really given a look at how I come across to people whose only contact with me was through the words I wrote on a website day after day. I have even had people write entire articles of their own about me and who they perceive me to be. It was very bizarre, and also kind of enlightening at the same time.

I think that how other people view you as a human, especially those closest to you, is very telling. To my family, I’m the snarky, opinionated politico of the bunch. To those who knew me only from my website and social media interactions, I have always been intense, heavy, and have even been told that I can take emotional writing to a whole new level.

I don’t know whether or not that was (or is) considered a positive attribute or not. I guess it just is what it is. I am who I am, and after today, I have an even firmer grasp on what attributes, good and bad, make up who I am as a person, all because of my new-found fascination with the Secret Language website.

The Secret Language is not based in astrology, but is a distillation of personality traits found during a 40-year study of more than 20,000 people, organized by birthday. The website instantly delivers a person’s Secret Language Name, along with a list of traits and information about that person’s natural identity. It is truly fascinating, not to mention a lot of fun.

My birthday is November 2nd and my Secret Language Name is Discovered Transformation. My traits? Influential; powerful; adaptable; smothering; manipulative; heavy… yeesh! But (mostly) accurate. I wouldn’t consider myself to be smothering, but then again how many people would really admit to a trait like that?

It is timely to be writing about the Secret Language, and particularly about this transformative state of being that I exist in. I turned 27 two days ago and when I mentioned on Twitter that my birthday, and this birthday especially, was filled with ample amounts of self-induced pressure, I got a prompt reply from one of my favorite Twitter acquaintances about how I am coming up on my “return to Saturn,” which explains the pressure I am putting on myself to be better and do better in all areas of my life, but especially in my writing. Wouldn’t you know that the Secret Language website went right into that in their assessment of me via my birthday.

November 2 people generally arrive at a crossroads, often around age twenty-eight (first Saturn return), forty-four (Uranus, Saturn opposition) or fifty-six (second Saturn return) when they must drastically redirect the course of their lives. Should they be able to effect an internal change, becoming aware of their needs and ever more determined to realize them, then the chances of them succeeding on their path are great indeed. If they are not able to accomplish the necessary changes inside them, then they will begin to stagnate, eventually growing frustrated, angry and depressed.

Well. Welcome to my brain.

I am Holly’s perpetual self-reflection.

And, as for often being told how intense of a human I am, my birthday falls into what is called the Week of Intensity. Yeah.

Not only can you learn a ton about your personal Secret Language Name, but you can also look up your Relationship Name! How cool is that? Well, it’s all fun and games until you look up your eight-year (and counting) relationship, again, by you and your partner’s birthdays, and are greeted with an assessment that immediately tells you that your traits are problematic for marriage. Oh yes, it did. 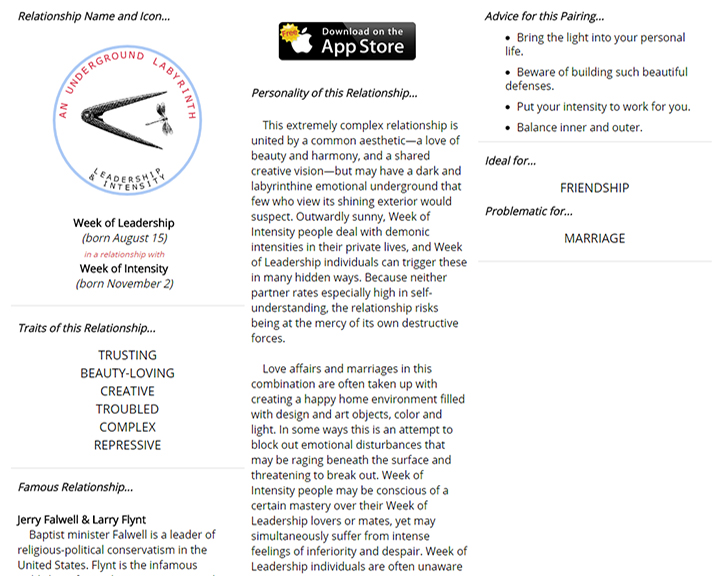 Whether you believe or read into the information of the Secret Language or not, there is no denying how interesting and entertaining it can be to read through, either for yourself or following your partner around the house reading theirs to them and then repeatedly asking if they feel that was an accurate assessment of them. Yep, I did that.

Check out the Secret Language website and look up your Secret Language Name. It takes mere minutes and the information is compelling. Was it an accurate representation of you as a person? Leave it in the comments!

I was selected for this opportunity as a member of Clever Girls Collective and the content and opinions expressed here are all my own.

9 thoughts on “The Secret Language: In Which I Discover Just How Intense and Heavy I Really Am #SLNME #ad”