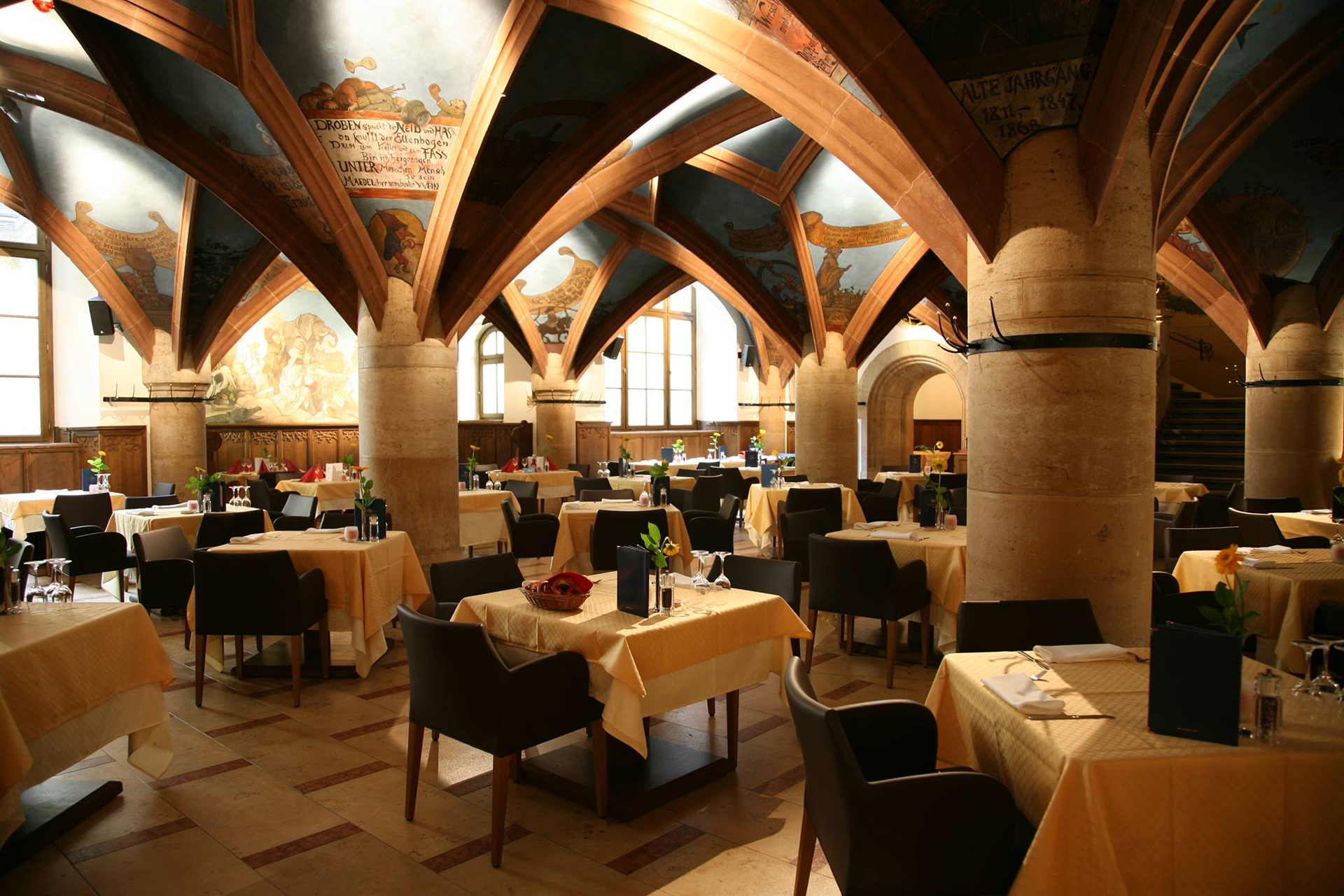 Most people don’t go to Germany to try the food, but once in the country, one’s got to eat. It’s typically within that first bite that visitors realize that “eat all the food” should be on their Germany bucket-list, right between pay respects at the Berlin wall and ogle Cologne Cathedral. German chefs know what they’re doing, and no matter if you go to a hole in the wall outside of town or a Michelin three-star establishment at the base of the Eifel Mountains, you’re bound to try some foods that will make your taste buds shiver with delight. If you’re not sure where to start your food tour, use this guide to get started.

Like anywhere else in the world, Germanys absolutely best restaurants come in all shapes, sizes, and price ranges. Zum Zwiebel happens to be one of the smaller, more affordable establishments. However, despite its hole-in-the-wall appearance, this restaurant offers large portions of traditional Thuringian fare. According to recent visitors, the food is absolutely delicious and rivals that of Michelin-rated restaurants.

Ratskeller is one of those restaurants that looks like it SHOULD be pricey because of its vaulted ceilings, stunning murals, and elaborate stained glass windows, but in actuality, it’s on the lower end of the price scale. While not as affordable as Zum Swiebel and other local restaurants, the unique atmosphere more than makes up for the price bump. The dinner menu features typical hearty Bavarian fare, and the full bar boasts a collection of fine wines, beers, and spirits.

If you’re in country on your honeymoon, for an anniversary, or another sort of romantic getaway, you might want to treat your significant other to a dining experience a little more sophisticated than that offered by Zum Swiebel or Ratskeller. Gugelhof offers food at middle-of-the-road prices but of high-class taste. Though the menu is simple and features traditional German fare, each item is full of flavor and each bite more savory than the last. Once the meal is through, you’ll be served a Tarte Flambee, which you won’t think you have it in you to eat but which you’ll devour as easily as you did the main course. As if great food at an affordable price isn’t enough, the atmosphere is cozy, yet upscale and the staff is friendly and attentive.

Vedôme has made the top 50 restaurants in the WORLD for several years running now, a fact that many attribute to the chef’s creative take on traditional German fare. Dining at Vendôme is truly an experience, one that lasts anywhere between four and six hours, depending on when you go and how many courses are served that night. The food itself is perfection, but the setting is pretty cool too, being that it’s in a castle and all. You read that right—a castle. That said, the deposit for one person alone is more than a family of four typically spends on a meal, so be prepared to shell out some serious dough if you plan on eating at this three-star establishment.

Whether you’re looking for a quick but delicious bite to hold you over until you get to your next destination, a nice, hearty meal for the whole family, or a meal that is also a one of a kind of experience, you can find it all in Germany.