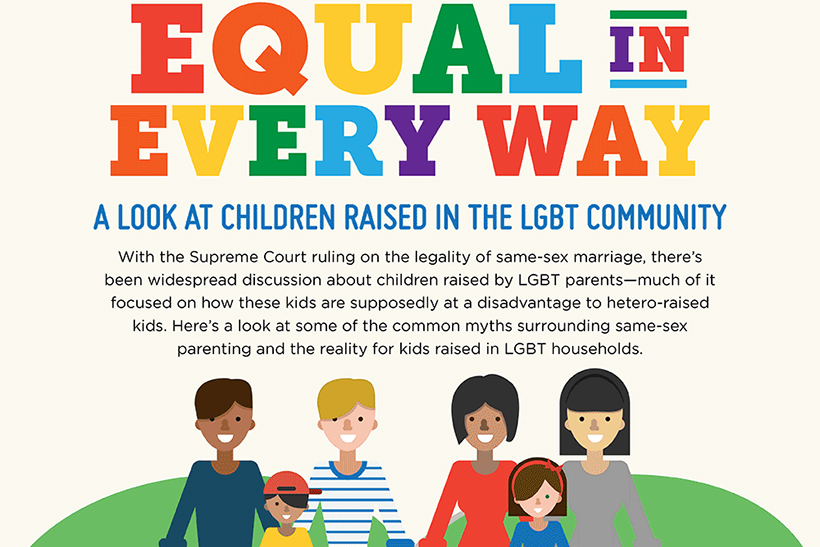 The way we think about the typical American family has changed considerably over recent years. There are more older first-time parents now, as more people are choosing to wait until later in life to start a family due to career goals or financial strain, or a combination of both. There are also more blended families and stepparents who are playing an active role in the raising of children. But it was the Supreme Court’s ruling on same-sex marriage earlier this year that not only legitimized countless families across the country, but also opened new pathways for LGBT people and couples so that more families can be formed.

There are some people who believe — and dedicate ample time, energy, and resources in attempts to convince other people to believe — that children raised in the LGBT community are somehow at a disadvantage compared to their peers raised by heterosexual parents. However, there is now ample evidence proving those allegations to be wholly inaccurate.

The infographic below busts some of the most common myths about children raised in the LGBT community.

It’s true that children of LGBT parents face unique challenges throughout their lives, but those challenges are not forced upon them by their parents. Furthermore, there are many factors that can make someone a less-than-ideal parent, but their sexual orientation or gender identity is not one of them.

6 thoughts on “INFOGRAPHIC: A Look at Children Raised in the LGBT Community”