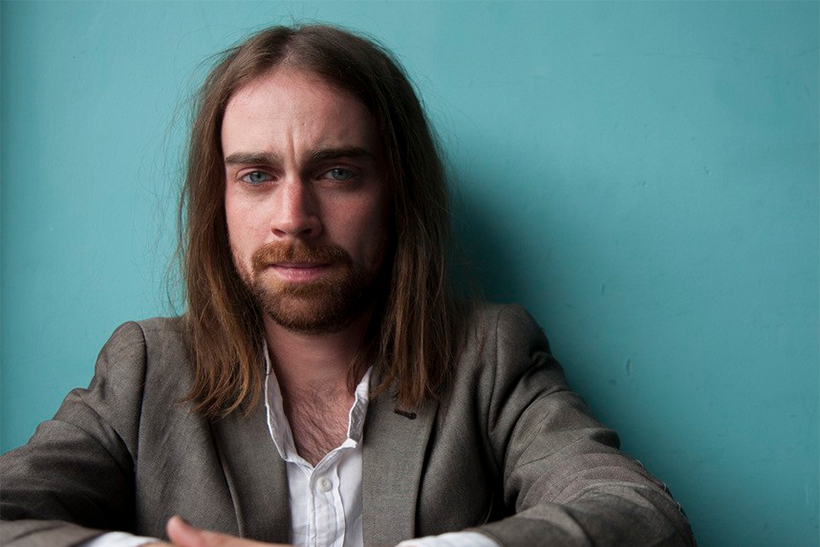 The Little Unsaid was stewed up in the badlands of West Yorkshire by multi-instrumentalist, producer, poet, and songwriter John Elliott. After beginning as a solo project, The Little Unsaid has evolved into a growing community of touring musicians and producers blending folk, electronica, orchestral music, and a meticulous songwriting craft with Elliott’s haunting, androgynous vocals.

Following on the heels of two well-received, crowdfunded albums, his third, “Fisher King,” is the result of traumatic personal crisis, reflected in the music’s genre-hopping complexity, lyrical honesty, and moments of cathartic release. It was recorded over four weeks in a myriad of unique and interesting locations — in a London basement, in the middle of Highgate Cemetery, in the steeple of a crumbling Islington church, and on a tiny island in the middle of the Celtic Sea. The album was mixed by Graeme Stewart, longtime Radiohead engineer and producer of Jonny Greenwood’s solo work, which has included producing and mixing the music for Hollywood movies “There Will Be Blood” and “The Master.”

The songs on “Fisher King” are part inspired by books that Elliott became obsessed with during his self-imposed isolation in the hills of West Yorkshire in the winter of 2014. These titles include Vladimir Nabokov’s “Lolita,” “Dante’s Inferno,” “The Death of Bunny Munro” by Nick Cave, and “The Waste Land” by T.S. Eliot (a poem from which the album title was taken). The tone of these literary works correlated with John’s own explorations of the destructive nature of human desire and the loss of faith in the face of catastrophe, which has bled its way into all of the songs on the album.

The lead single “Can We Hear It?” was selected by Catherine Cunning Coco Media & Artist Management and Mark Gardener OX-4-Sound, frontman of legendary Oxford band Ride, who also mixed the single during breaks from Ride’s recent world tour. Listen:

The song’s nursery rhyme style iterations mourn the loss of childhood innocence, over a sliced up sample of primary school children singing one of John Elliott’s older songs (this sample was recorded during his time working in a primary school in East London). This childlike mantra loops throughout the song over a playful electronic beat as sweeping strings and a twisted Mariachi brass section rise out of the nostalgic melancholy into a celebratory climax.

For the third time, John Elliott successfully enlisted the help of a dedicated and growing fan base to fund the making of “Fisher King.” Via crowdfunding platform Pledge Music, fans were offered pre-orders as well as limited edition art work and personalized songs, acoustic albums, and private concerts to crowdfund recording, mixing, and mastering of the album. A percentage of the funds raised is to be donated to UK charity Youth Music, which provides young people experiencing challenging circumstances with opportunities to make and be educated in music.

After appearing at major festivals including Glastonbury this summer, The Little Unsaid is now preparing for a UK and European full band tour to launch the single and perform tracks from the new album. Several of these shows will feature special performances with regular collaborators the Southfield String Quartet, who perform Elliott’s string arrangements on all of his releases.